And They Called it Puppy Lo-o-o-ve

Readers of this blog may have noticed me waxing lyrical about Ted, our Cockerpoo puppy. That’s not him in the picture, of course. That’s a Komodo Dragon. But, back to Ted.

Filming him in slo-mo (see previous blog); asking his opinion about all matters personal and business; looking forward to our walks as the highlight of my day; adjusting my sleep rhythms to match his; having separation anxiety when I leave him to go to work; hearing the dream-boat lyrics to Paul Anka’s Puppy Love going round and round in my head. I’m a goner, alright.

But being a thinking kind of chap, I’ve been wondering why a 64 year old human being should fall in love with a small dog. I’ll come back to the Komodo Dragon later, I promise.

What Ted and I share (apart from a love of vintage wine, a fondness for the later novels of Ursula K Le Guin, and two souls destined to be as one) is a mammalian brain. Therein, I suspect lies the true source of our inter-species love affair.

Mammalian offspring are the most vulnerable and dependent in the natural world; to enable the parental and family bonding without which we would not survive infancy, we have developed a unique capacity for what Daniel Goleman calls emotional intelligence and the rest of us call love. I’ve fallen in love with Ted because I’m programmed for it; the little bugger presses all my buttons because he intuitively knows – from birth – that the key to his survival is his vulnerability. It’s the one strategy available to mammalian young and it’s a matter of life and death.

It was in the 1960s – at about the same time, as it happens, that Paul Anka first serenaded us about the trials and tribulations of young love – that a certain Dr Paul MacLean popularised the idea of the triune brain. He told us that during the long process of evolution, we mammals supplemented our instinctual reptilian intelligence with a new area of the brain called the limbic system, responsible for processing the emotional requirements of live reproduction and nurturing.

Hence, all human beings – and dogs – provided they are well-enough parented have a profound and immensely subtle command of emotional experience and expression. Later still, said MacLean, we developed a third area of the brain: the cerebral neo-cortex dealing with the “higher” functions of language, abstraction and planning. The neo-cortex is present in all mammals and especially well-developed in primates and big-brained homo sapiens. Not so much in dogs, which is why although Ted knows on which side his bread is buttered, he can’t make toast.

It also explains why it’s hard to love a Komodo Dragon. Poor old reptile, it never even evolved to the second stage of development: no limbic system and zero emotional intelligence. A Komodo’s offspring depend for survival, not on parental love, but on running up trees so they don’t get eaten by mum and dad (who assume that – vulnerable or not – if they move they must be food). For similar reasons, they don’t make very good pets.

Anyway, enough of this distraction. Have I told you about Ted recently? We went walking on the beach at Lyme Regis late yesterday afternoon and he met a delightful hound called Diva. Even though I felt a pang of jealousy, I loved watching them gambol among the seaweed and the lapping waves; the sun shone bright yellow in a clear blue sky; my heart soared like the seagulls overhead… 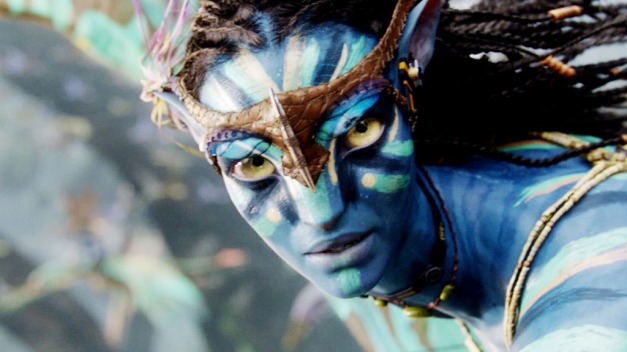 There are times in our lives when the stories through which we constitute our identity no longer make sense. Illness, bereavement, divorce, redundancy, new job, promotion, relocation, falling in love, marriage, parenthood and other major life events can cause us to question the familiar stories we tell ourselves and others about who we are.

Many of us experience something like this at some point in our lives. At such times our identities are threatened. They can become particularly malleable and open to change but also liable to be frozen defensively. And it’s not just individuals who are affected in this way; the stories that sustain groups, societies, nations, and whole civilisations also collapse.

It’s all a question of story. We are in trouble just now because we do not have a good story. We are in between stories. The old story, the account of how we fit into the world, is no longer effective. Yet we have not learned the new story.

Put another way, the old story of the industrial-growth society has passed its sell-by date. We know that it no longer works (indeed that it has only ever worked for a privileged minority) and many of us crave a different kind of social, business and political leadership that is more focused on helping us find new and healthier stories than on propping up the old one.

We are already – collectively and individually – searching for new stories but it seems clear that we can’t go from the old story to the new story without experiencing a dark night of the soul, a place of narrative wreckage, a shifting, confusing time of emptying that will allow something else to emerge. It’s also questionable that we should be looking for the new story at all.

We should not underestimate either the importance or the difficulty of this essential task. It is at times such as these, when old certainties are collapsing, that we are at our most vulnerable to manipulative stories that blame others and promise simplistic solutions.

As John Michael Greer points out in The Long Descent, our situation is not a problem that can be solved but a predicament to be lived through. It calls for grown-up, post-heroic leadership and responsible, adult citizenship. Only then will we end our attachment to the old story and learn how to live well in the “multi-storied” space that exists somewhere between the apocalyptic story of catastrophic collapse and the utopian story of socio-technical or back-to-the-land solutions.

In story terms, the danger is that we will grab on to yet another heroic narrative, hoping that we can put things right with a bit of magic, luck and courage. Hollywood abounds with such environmental blockbusters: The Day After Tomorrow, Avatar, The Core, 2012, to name but a few. They are entertaining adventures but have little to teach us. It’s time to slacken our grip on the Hero’s Journey (always a male archetype) and look to other types of story to guide us. I find myself asking: what stories would we tell if we considered our purpose to be neither destroying nor saving the world but learning to live more beautifully in the world that we have?

Perhaps our stories might resemble more closely something like that told in the award-winning Beasts of the Southern Wild, which shows the very plausible consequences of melting icecaps, massive storms and rising sea levels on a group of misfits, outcasts, and exiles living below the radar in ramshackle huts and boats on the wrong side of the levee in southern Louisiana in a community they call the Bathtub. The film is a blend of magical realism and gritty drama that above all champions the importance of community. People struggle to survive but never forget to celebrate the extraordinary adventure of being alive, finding beauty even in the midst of death and disaster.

It is easy to become dispirited and overwhelmed by the difficulties that surround us; it is so much easier to pretend that they do not exist or to believe that it’s not worth doing anything because nothing we can do will make any difference. Yet we need not lose heart; there is much joy to be found and much good we can do by living more simply and more harmoniously with our planet. We might not be able to change the story in one fell swoop; nevertheless the stories we tell and the stories we live do matter.