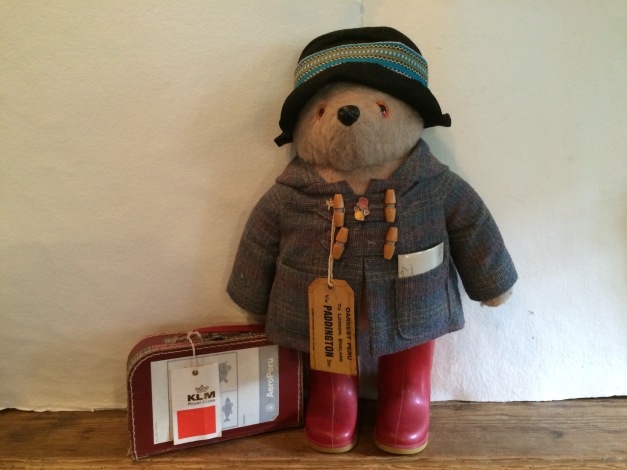 Paddington loomed large in our lives. Both the station and the bear.

Scores of times, Chris and I travelled together into and out of Paddington for London treats – dinner, theatre, ballet, or opera – Chris sleeping on my shoulder on the way home. Once we caught the Cornish Riviera Express, tucked up in twin bunks overnight, arriving in Penzance in time for a stonking fried breakfast at the Seagull Café.

More often, we were passing through separately, either on the way to or the way home from client meetings and assignments. Too many solitary glasses of warm white wine, M&S sandwiches, and Yo Sushi bento boxes. Too many irksome delays and signal failures. Too many evenings spent apart when we should have been together.

The great glory of Paddington, of course, is neither its trains nor its splendid Victorian ironwork, but the statue of Paddington Bear (after whom the station is named, Chris insisted).

I always thought it was the other way round.

But what do I know?

After all, it was Chris and not me who won the Young Observer competition to write a Paddington Bear story, in 1981.

Sadly there is no longer any record of the story itself (apparently it was about Paddington’s Uncle Pastuzo and the Marmalade Mines) although I have found proof of her triumph in a scrap book containing a letter from Collins Publishers and faded photographs of a 15 year old Chris with the author Michael Bond.

The picture above is of Chris’s own Paddington Bear who – according to her mum Joan – arrived on the doorstep one Christmas when Chris was 11 or 12 years old. He has a passport in his pocket complete with a visa from the US Embassy and his suitcase (notice the genuine AeroPeru sticker – Chris’s Dad worked for an airline) contains a miniature pair of pyjamas and several jars of marmalade.

Paddington Bear, along with Aunt Lucy and a whole picnic of much-loved Teddy Bears are waiting excitedly to welcome you to the celebration of Chris’s life at Matara on 29-30 June.

They’ll be pleased to see you.