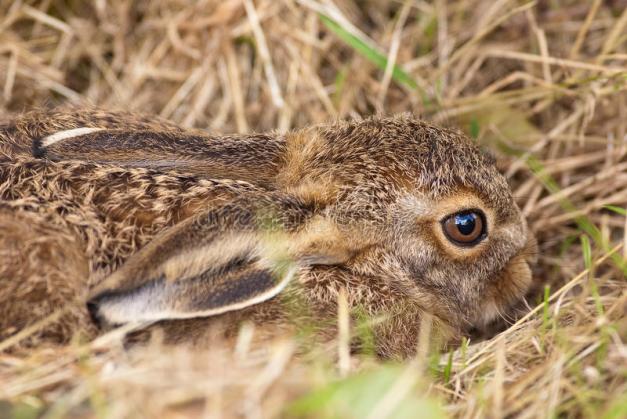 Captain Midnight here and what can I say?

It was small. It was furry. It ran away.

It ran away but I ran faster and I dispatched the wee creature. I’m not sure who was most surprised but there you are. I may be pretty but never forget that I’m descended from wolves. Besides, the world would be a better place if you humans only consumed what you caught and killed with your own teeth.

Himself was not best pleased and wouldn’t let me eat it, which was a bit rich considering that he’s about to head off to the Masai Mara on safari next week. I bet he won’t complain if he sees a cheetah bring down an antelope.

“Magnificent,” he’ll say. “Nature red in tooth and claw.” Then he’ll gaze through his binoculars at said cheetah as it demolishes the carcass. But I catch a leveret in a Gloucestershire corn field and I get shouted at.

It happened this afternoon and I think Himself has got over it now. We went for a walk in the woods afterwards and he hosed me down in the garden later to cool off. We’re officially friends again, though it was a testing time for both of us.

I can’t promise not to chase hares again.

It’s what dogs do!