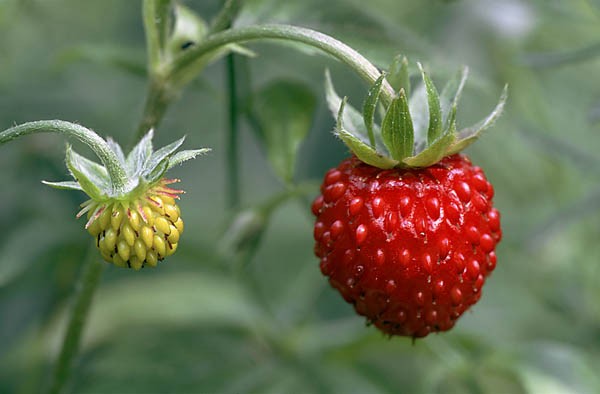 There’s a well-known zen story that reminds me of the last few weeks Chris and I spent together at home. It begins with a woman walking alone across a field:

As she walked she heard a roar behind her. She looked round and saw a tiger bounding towards her. She ran way as fast as she could, the tiger at her heels. Suddenly she came to the edge of a cliff. With nowhere else to run, she grabbed hold of a vine and swung herself over the edge. Hanging there she looked up to see the tiger drooling above her. She looked down, only to see jagged rocks far below. Two mice – one white and one black – started gnawing at the vine that was holding her. In that moment, the woman saw some wild strawberries growing out of the cliff face nearby. Holding on to the vine with one hand she reached out, plucked the fruit and popped them in her mouth. How sweet those strawberries tasted!

In the face of death, Chris also chose to savour life. Despite her declining physical capacity, she accomplished and delighted in many things after she got home from hospital. Here are some of her wild strawberries:

Having Sunday lunches at Abbey Home Farm
Going to the Anslem Kiefer exhibition at the Royal Academy
Visiting Westonbirt Arboretum in her wheelchair
Brushing Teddy (our dog) as he lay on her bed
Eating apple pie, preferably with cream
Using eye make up for the first time
Buying expensive new designer spectacles
Enjoying convivial meals with old and new friends
Having visitors to stay in Folly Cottage
Making Skype calls to distant friends
Getting massages and giving cuddles
Wearing dresses and hats in profusion
Collecting her thoughts and writing
Taking part in the Medicine Unboxed conference
Writing secret (and utterly brilliant) poems
Making images and art of all kinds
Watching the sun set and the moon rise
Commissioning a sculpture for her memorial
Designing an extension to Folly Cottage
Meditating and chanting with Buddhist friends
Sprouting seeds and juicing vegetables
Finding a spectacular birthday present for me
Being interviewed on film about living artfully
Helping to shape a student’s PhD proposal

Being Chris, most of the strawberries were shared. But I had a special one for myself that doesn’t appear in the list: after 15 years together she finally managed to teach me that love is a verb.