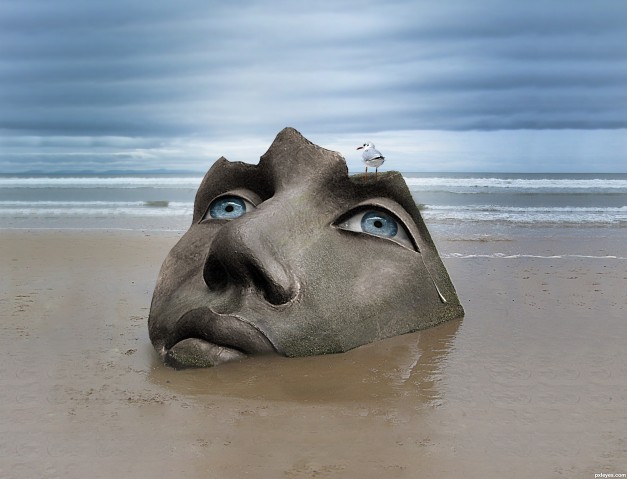 When Chris suddenly became ill in August 2013, one might say that her ship hit a reef. I say reef and not rocks because the danger was hidden and the collision unavoidable. What’s more, there was no lifeboat to come to the rescue; no possibility of removing the tumour deep in her brain. Suddenly, all that had seemed certain – life, work, home, love – was called into question.

Arthur Frank who wrote The Wounded Storyteller (a favourite book of ours) calls this condition – when the stories through which we constitute our sense of self lose coherence and meaning – “narrative wreckage.” In such circumstances, buffeted by forces beyond our control, our ability to reclaim authorship of our lives depends on how we respond to the catastrophe, in particular on the stories we tell about ourselves and the stories we try to live.

Frank identifies three possible narrative responses: chaos, restitution, and quest (or transformation). From the very beginning, Chris knew that there was no chance of a restitution narrative in which things would return to what they had once been. The inspirational choice she made to shun chaos, to live boldly and creatively, and to seek new purpose and transformation through living and dying artfully, humbled me and touched many people.

Both of us owned well-thumbed copies of Frank’s book but Chris had mislaid hers and bought a new copy whilst in hospital last October. That she re-read it is obvious from penciled notes and folded page corners. At the very end of the book, she marked the following passage:

Courage is being able to recognize the unexpected end of life as it was supposed to be without either wish fulfillment or despair. All wounded storytellers confront this problem. Their storytelling is an act of radical hope in which they gather a community of persons who share a sense of the significance of what is being told. Their stories then become resources that are diffused throughout this community, taken up in ways that cannot be anticipated, enhancing hope in varied circumstances.

Chris’s courage never faltered, though her mobility and cognition declined; her identity as a teacher and consultant evaporated; her physical horizons shrank; and her dreams of the future dissolved. Despite all of this, her passion for inquiry was unabated; she continued to offer her unique wisdom to the world; and her consciousness was ever more expansive. Her death was as extraordinary as her life. I am privileged to have witnessed both, and in both she was a beacon of radical hope.

When Chris’s ship hit the reef, I jumped overboard with her. I held her hand as we went under the water and as we miraculously resurfaced, bobbing along under blue skies for 10 months during which we got married, lived together, bought our campervan, got Teddy (our irresistible Cockerpoo), and relished each other anew.

Our fates were entwined but our destinies were different. The skies darkened and the gathering storm eventually broke. On December 3 2014, she slipped from my grasp and we went our separate ways. In the morning, Chris was gone, lost at sea and I awoke, as if from a dream, washed up alone on the shore.

4 comments on “Washed up”