We will remember them

“They have come back” – it says
In the tall stained glass window
Of the church at St Maire Eglise.

Some of them waited sixty years
Before they could bear to return
To the friends who had never left.

To shelter from their own ghosts
And from the unbelieving stares
Of the ones who did not grow old.

There are so few of them left now,
All too soon their souls will return
To greet the boys they left behind. 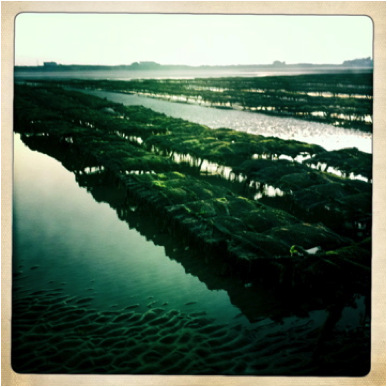 We walked the long sands of the beach
Down to the edge of the breaking waves.
It was a rising tide like the one they rode
When the landing craft came crashing in.

They came in their countless thousands,
Some drowned under the weight of arms
Before they could even reach the enemy,
A causeway of corpses pointing the way.

They died in the minefields and the wire
Cut down by the rattling machine guns
Of the terrified outnumbered defenders
Desperate to hold back the incoming tide.

But still they came from the sea and sky
A righteous armada nothing could stop:
Men and women from a dozen countries
Who fought and died so we don’t have to.

Along the shoreline now are oyster beds,
Steel cages crammed full of gnarly shells
Like so many sarcophagi for the drowned
And all who died for us upon those shores. 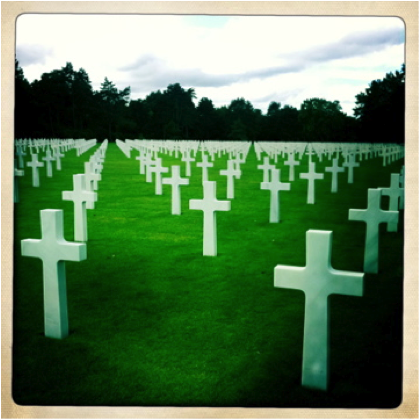 At the American Cemetery

Boys who didn’t make it back,
Young men who will never age
Their lives frozen into memory
A handful of letters and a ring.

Some had wives and children,
Some were dating sweethearts
Some had never known a girl,
Everyone some mother’s son.

All rest here in honoured glory
With name and rank inscribed
And those “known but to God”
Comrades in arms for all time.

They lie, as once they marched
In close formation on parade,
Shoulder to shoulder toe to toe
Waiting for the trumpet’s blast.